The truth about elephant rides in Thailand: behind the unprecedented experience of climbing on the back of this majestic animal, there is, unfortunately, a sad reality, some elephants are tortured to make them docile and are overexploited.

A few years ago, I was cycling in northern Chiang Mai with friends, and we passed through the middle of several gigantic elephants guided by their mahouts who were carrying tourists for a walk in the forest.

What struck me was the red and tired eyes of these elephants, I felt their sadness, but when I talked about it with the friends, one laughed and said that you couldn’t know if an elephant was sad or not.

And yet they were sad, and perhaps because it is not apparent, that this industry continues to thrive.

From years before, I had done elephant rides on the Khao Lak side, it was at the time when I was learning to speak Thai, and in fact, it was free spins.

I had found accommodation far from the tourist area, near a camp and I quickly became friends with the owners and mahouts.

They were happy to be able to talk in Thai with a stranger; they were used to seeing them just for the duration of a walk.

And I had already felt that the mahout’s relationship with the elephant was not based on respect or love but domination and fear.

They were extremely kind and welcoming people, who traditionally did this, without thinking wrongly.

Elephant rides: the fate of the Asian elephant 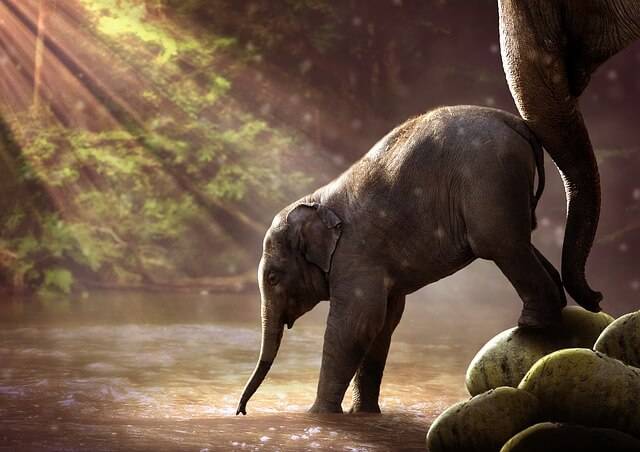 Asian elephants are an endangered species.

Experts estimate that there are now less than 2000 wild elephants living in Thailand.

The population is declining rapidly due to the loss of their natural habitat.

Illicit capture and trade for the tourism industry is also a severe problem.

This industry thrives because foreign visitors all want to ride elephants or watch them do tours, paying a lot of money for this privilege.

But the fact is that these wild elephants must be tamed before they can be ridden.

But the taming process in Southeast Asia is not the same as with a wild horse.

It is much more brutal and is accomplished when elephants are very young.

Wild elephants will not let a human get on their backs.

So, to tame a wild elephant, he is tortured when he is a baby to break his mind completely.

The process is called Phajaan.

It involves removing baby elephants from their mothers and confining them to a tiny space, such as a cage or a hole in the ground where they cannot move.

Baby elephants are then beaten with sticks with sharp hooks and simultaneously deprived of sleep for several days.

Back elephant rides in Thailand

Abuse of elephants does not stop after they have been tamed.

Many elephant camps continue to use torture to control animals.

And some camps make them work tirelessly to meet the ever-increasing demand for tourism.

If an elephant camp in Southeast Asia claims to be “responsible” with its animals, you should always be skeptical.

Remember that the process used to train them is often the same, even if they are being treated with kindness now.

And generally, there’s no way to be sure.

Although this is surprising, it is essential to know that the back is the most fragile part of an elephant.

The elephant does not support heavy loads on its naturally arched back.

They can carry up to 500 kg on their trunk, neck, and skull, but a day of trekking with a metal basket of at least 50 kilograms and several tourists can damage their backs in a relatively severe way!

You can easily recognize an elephant with a past in trekking by looking at its back.

The back of the Asian elephant naturally forms a beautiful bow, but when an elephant has worked for many years in a camp, its back is collapsed.

Do we need to go for elephant rides?

Because of all this information, it is, of course, not recommended for respectful people to go on elephant rides, especially those who put nacelles to be able to put several people in them.

But some many camps or organizations offer to have a respectful and magical exchange with these pachyderms.

Founder Lek Chailert created Elephant Nature Park to save abused elephants in the tourism sector and give them a better life.

The park offers day trips and week-long volunteer opportunities that allow tourists to interact with elephants and learn more about them.

As a registered non-profit Thai foundation, the fees collected are used to feed and care for pachyderms, purchase additional elephants from their owners and expand the sanctuary itself.

There are other elephant-friendly centers presented in these articles:

Living with elephants at Ganesha Park in Kanchanaburi

If you also know of similar centers, share them in the comments.

What to do in Bangkok: Top 10 visits not to miss out!

Cost of living: in a Thai market 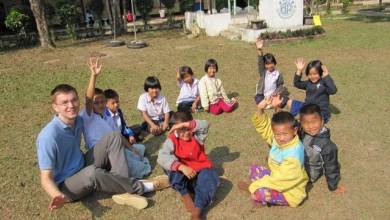 Volunteering in Thailand: 5 types of projects to help 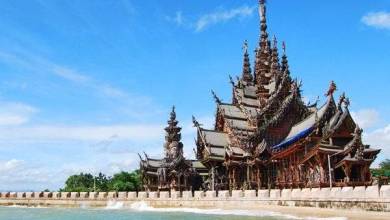 The Sanctuary of Truth in Pattaya (Prasat Sut A-Tum)