Phitsanulok is a must-see for many visitors, as it is the city that houses the most beautiful statue of Buddha, the Chinnarat Buddha.

The city itself does not have much charm, perhaps because a terrible fire partly destroyed it in 1960 and rebuilt in a hurry.

In the 11th century, the place was only a small Khmer outpost called Song Khwae (two rivers, as the Nan and Khwae Noi rivers, flow through the area).

During this period, Phitsanulok was the main city in the east of the Kingdom from Sukhothaï (1238-1365).

In 1419, King Sailuethai, a vassal of Ayutthaya, transferred his capital from Sukhothaï to Phitsanulok.

The city remained the capital of the kingdom of Sukhothaï until its disappearance in 1448.

The king of Ayutthaya, Borommatrailokanat, in turn, transferred his capital from Ayutthaya to Phitsanulok in 1463 to better control the northern borders of his kingdom during the war against Lanna (1456-1474).

His successor Boromma Ratchathirat III (1488-1491) then brought the capital back to Ayutthaya.

In 1555, King Naresuan the Great was born in the city, and the region was an important recruiting ground during his wars against the Burmese of the Taungû Dynasty.

After the fall of Ayutthaya in front of King Hsinbyushin’s Burmese in 1767, a mad monk took control of the city from its governor.

King Taksin the Great (1734-1782) was wounded in an unsuccessful attempt to reclaim the city.

Phitsanulok has become a strategic city to deal with the new Burmese invasion.

During a fierce battle, the Burmese army commander requested a meeting with a Thai commander, Chaophraya Chakri, and predicted that he would become a king.

Chaophraya Chakri was then crowned the first monarch of the Rattanakosin period, King Rama I, the Grand of the Royal House of Chakri, the current king, Rama X descends from this lineage.

>Phitsanulok is located in the heart of the central plains of Thailand, at 45 meters altitude, on the Nan River, a tributary of the Chao Phraya.

See the city on the map of Thailand.

The tourist office is located a few blocks from the railway station.

This temple, also called Wat Yai (great temple) by the inhabitants, was built in 1357.

It houses the Chinnarat Buddha, a statue that is considered to be the most beautiful representation of Buddha and is therefore continuously visited by both foreign and Thai tourists.

Wat Phra Sri Rattana Mahathat is very commercial, a bit like Heavy, you will find many religious objects for sale at the entrance and in the main room where the Chinnarat Buddha is located.

At the back of the temple, there are many souvenir shops where they sell handicrafts (statuettes, masks, puppets…), medicinal and decorative plants, photos and paintings.

There are also many restaurants and beverage stands in and near the temple on the banks of the Nan River.

A small Buddha foundry where you can discover the different stages of Buddha statue making.

If you want to bring back small or large Buddha statues, this is the place; the factory has opened a small shop where you can buy them at the best price.

It is located on the same street as B’s factory.

You will discover zebu carts, lacquer chests, massage utensils, looms, and finally lots of beautiful objects presented with descriptions of their uses.

There is also a room that displays old photos of the city and a souvenir shop.

For birdwatchers or merely curious, this garden is located right next to the Buddha factory.

You will be able to discover many species of birds in cages, some of which are rare, such as the helmeted hornbill.

The Night market or Night Bazar

If the city is tranquil during the day, it comes alive in the evening and the big night market, the night bazaar, is the most lively place.

You can get a massage at the entrance; there are many food stands, gadgets, souvenirs, clothes, antiques, amulets.

You will also find restaurants with animations such as Pak Boong’s throw (Ipomoea Aquatica or morning glory) aquatic plant cooked with garlic and soya, which is a local specialty.

You can also have a drink in part facing the Nan River where there is a whole series of bars within some of the small stages for the musicians.

Topland, also known as Topland bazaar and Topland center, is a complex that includes a shopping mall with many stands on several floors attached to a hotel, the Topland.

On the top floor of the hotel is the city’s most famous nightclub, the Topland, which is very popular with the Chino-Thai community.

See the hotel on Hotellook

Finding a hotel in Phitsanulok

You will find the best quality/price ratio by comparing the offers of the largest platforms via our partner:
Hotels in Phitsanulok on Hotellook

You can get an idea of the prices or book your bus, train or plane tickets with 12go.asia

See also:
Transport in Thailand, travel to the land of smiles.

There are many buses and songtaew (pick-up), but it is not easy to use them when you do not speak Thai, remember to take a card at the tourist office or your hotel.

The primary means of transport for foreigners are motorcycle taxis, which are quite expensive in this city (count 50 to 60 baht for an average trip).

and another bus station specialized in fast and direct transport to the capital, Bangkok.

Phitsanulok to Bangkok and Chiang Mai

Video on the main places to see

You will find more maps on the forum:
Phitsanulok Maps 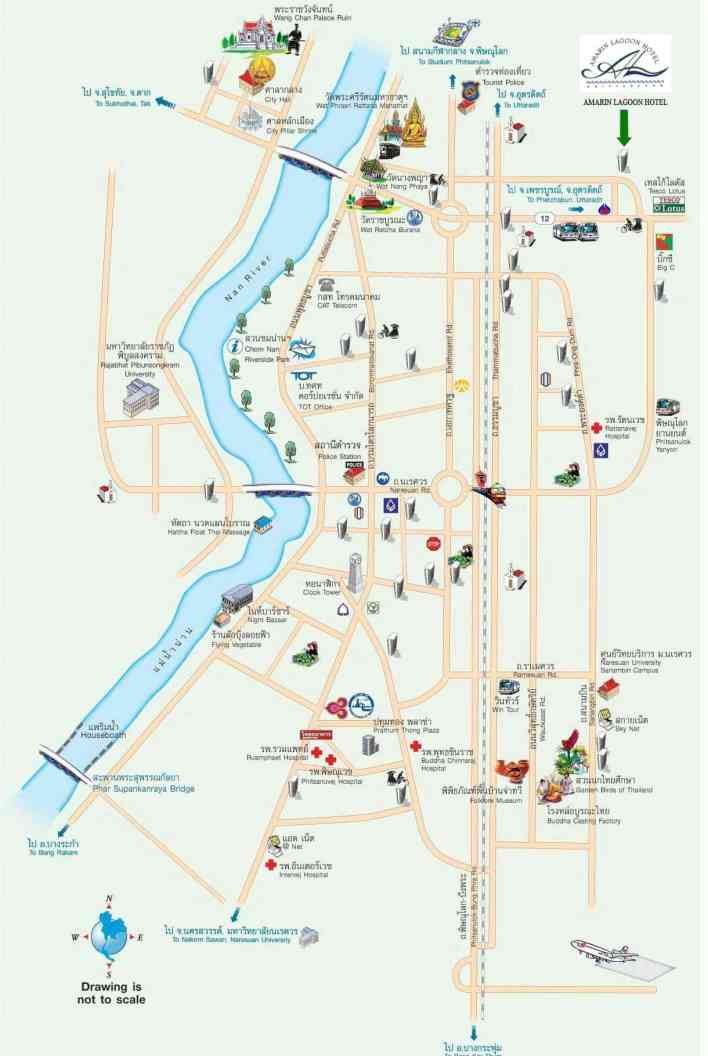 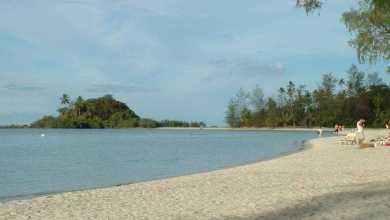 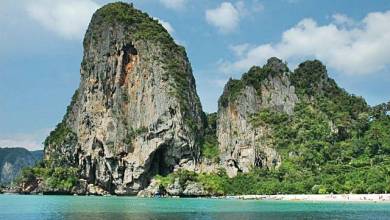 Kanchanaburi Thailand – the Travel guide to discover the city and province 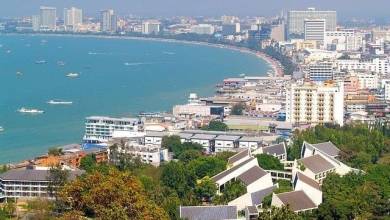 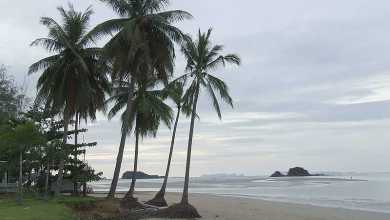